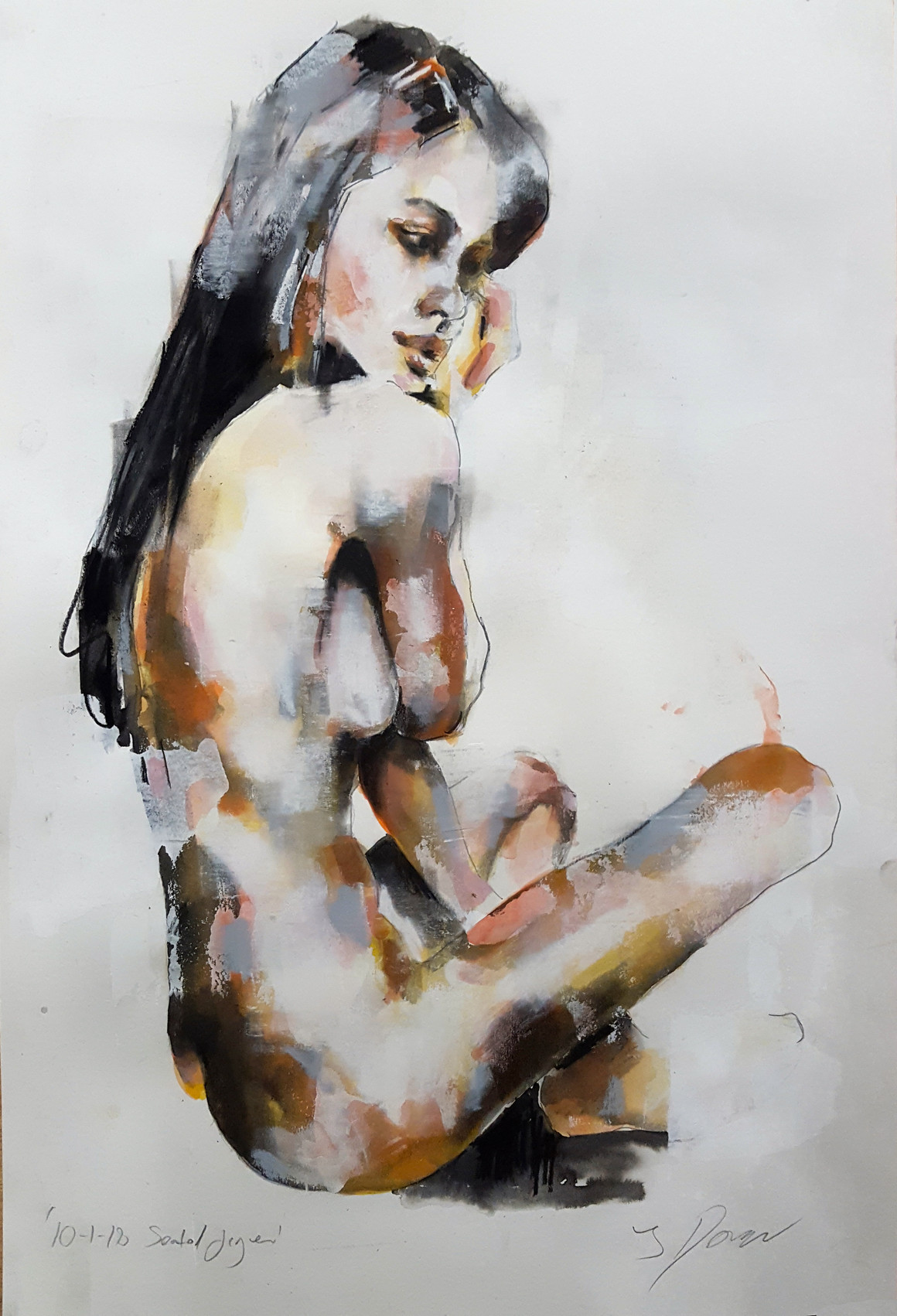 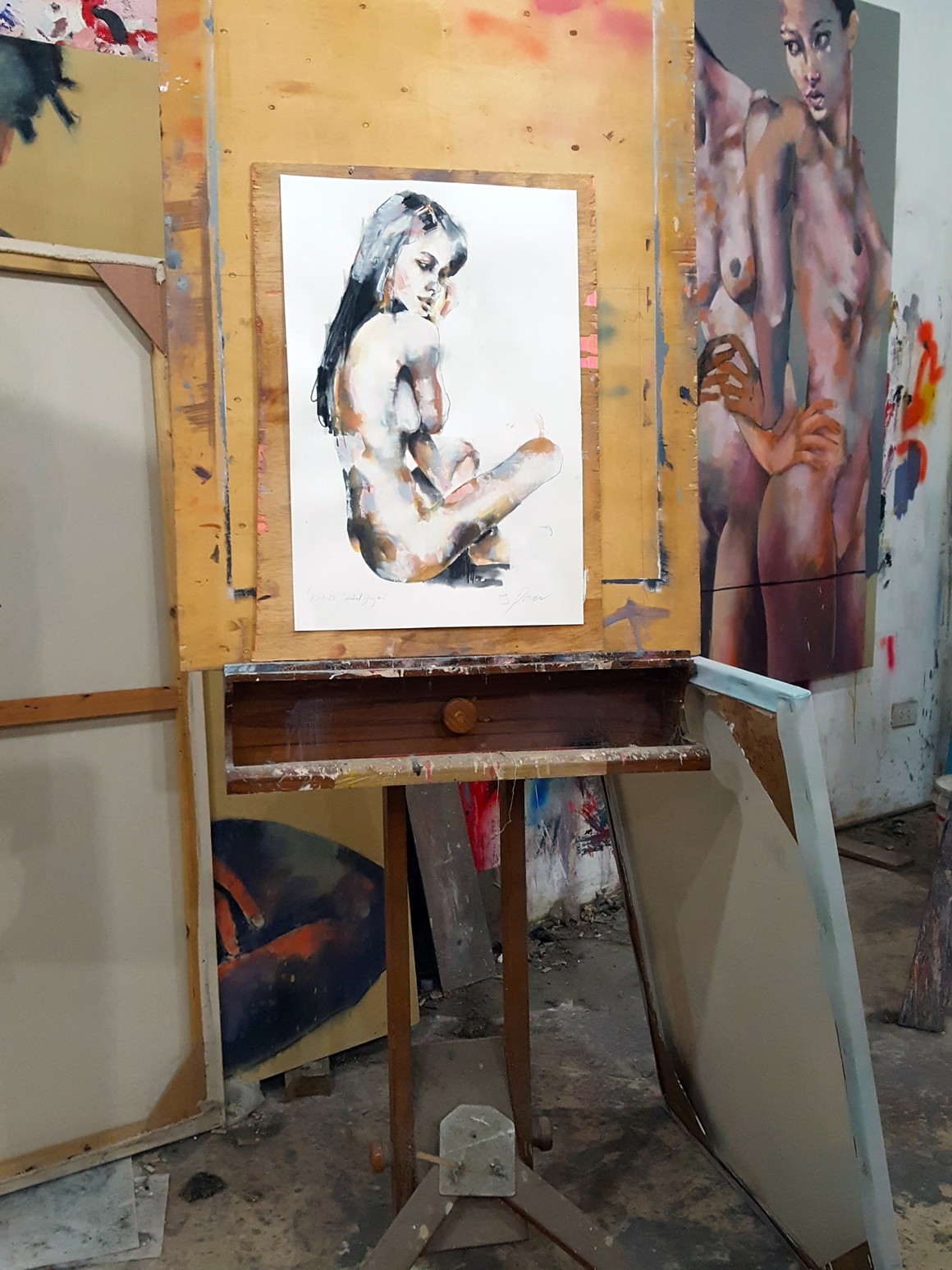 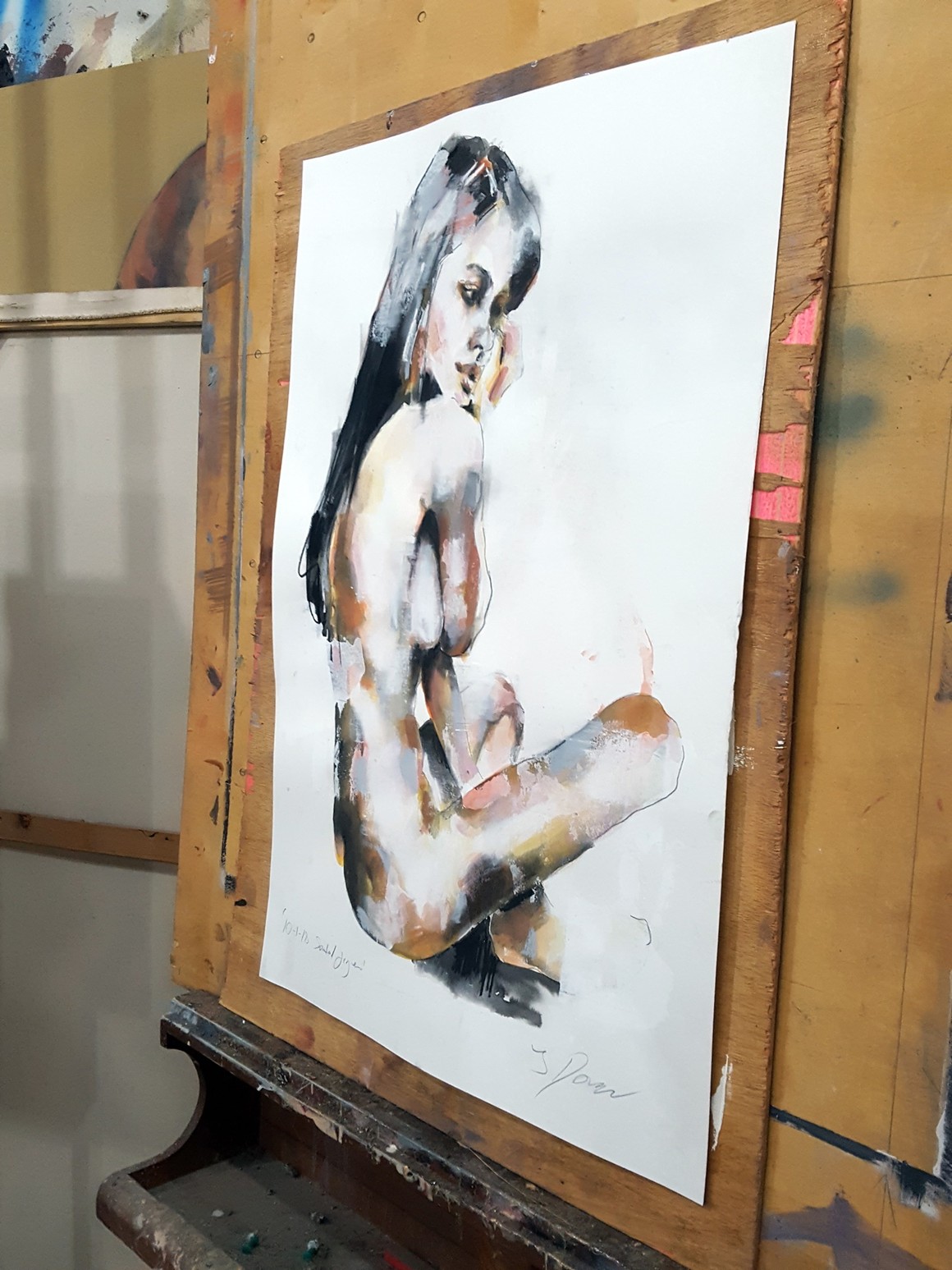 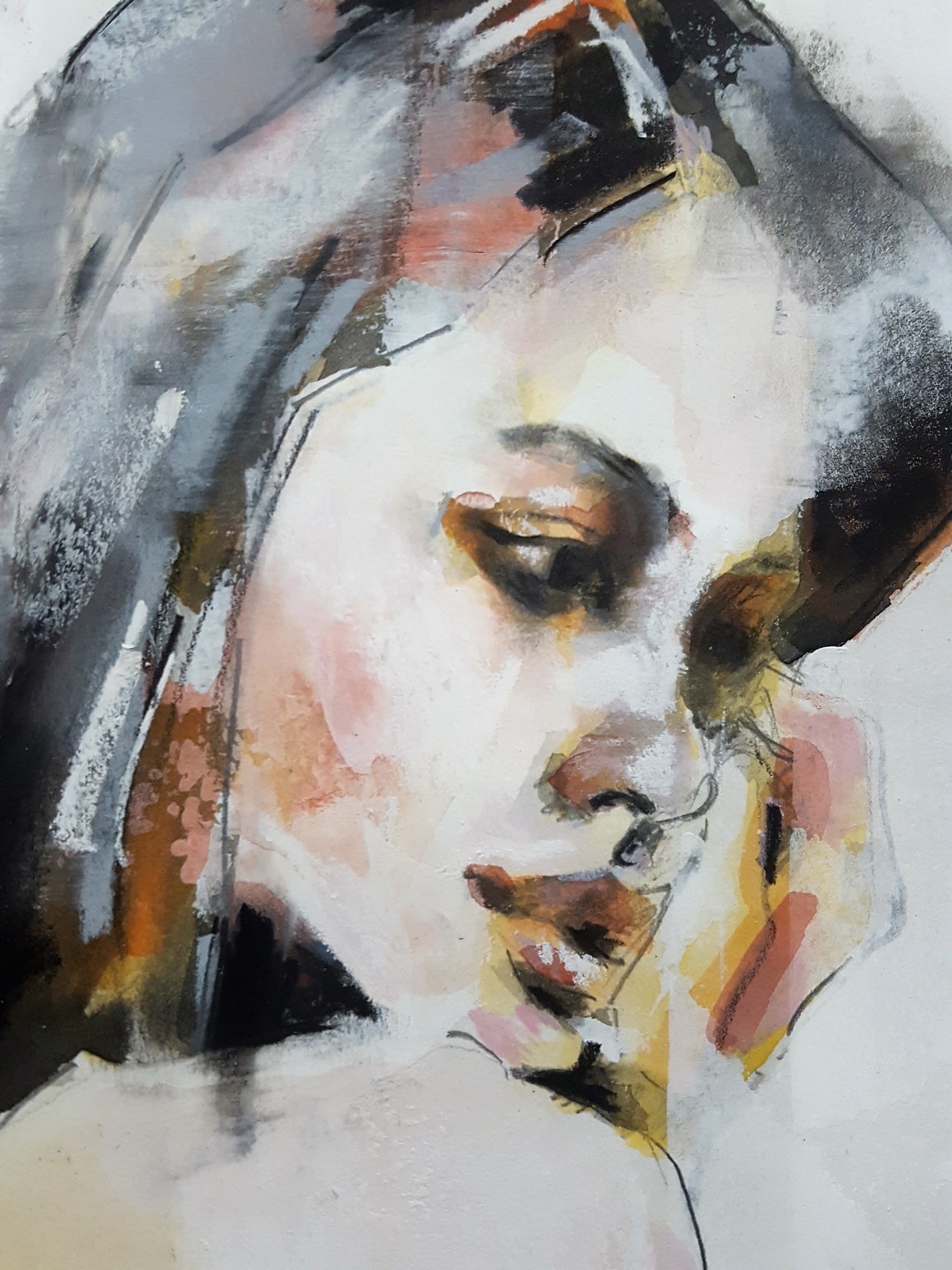 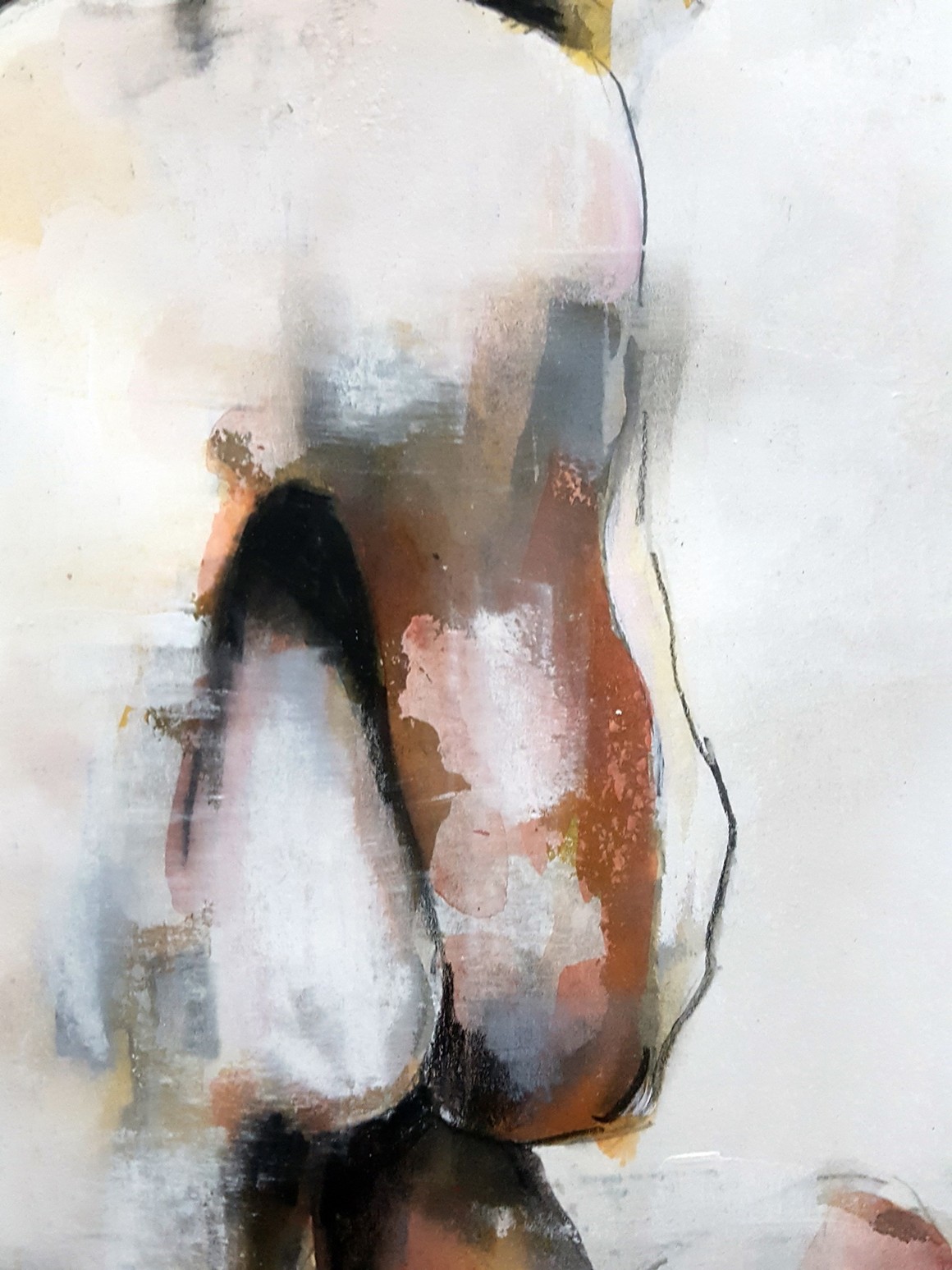 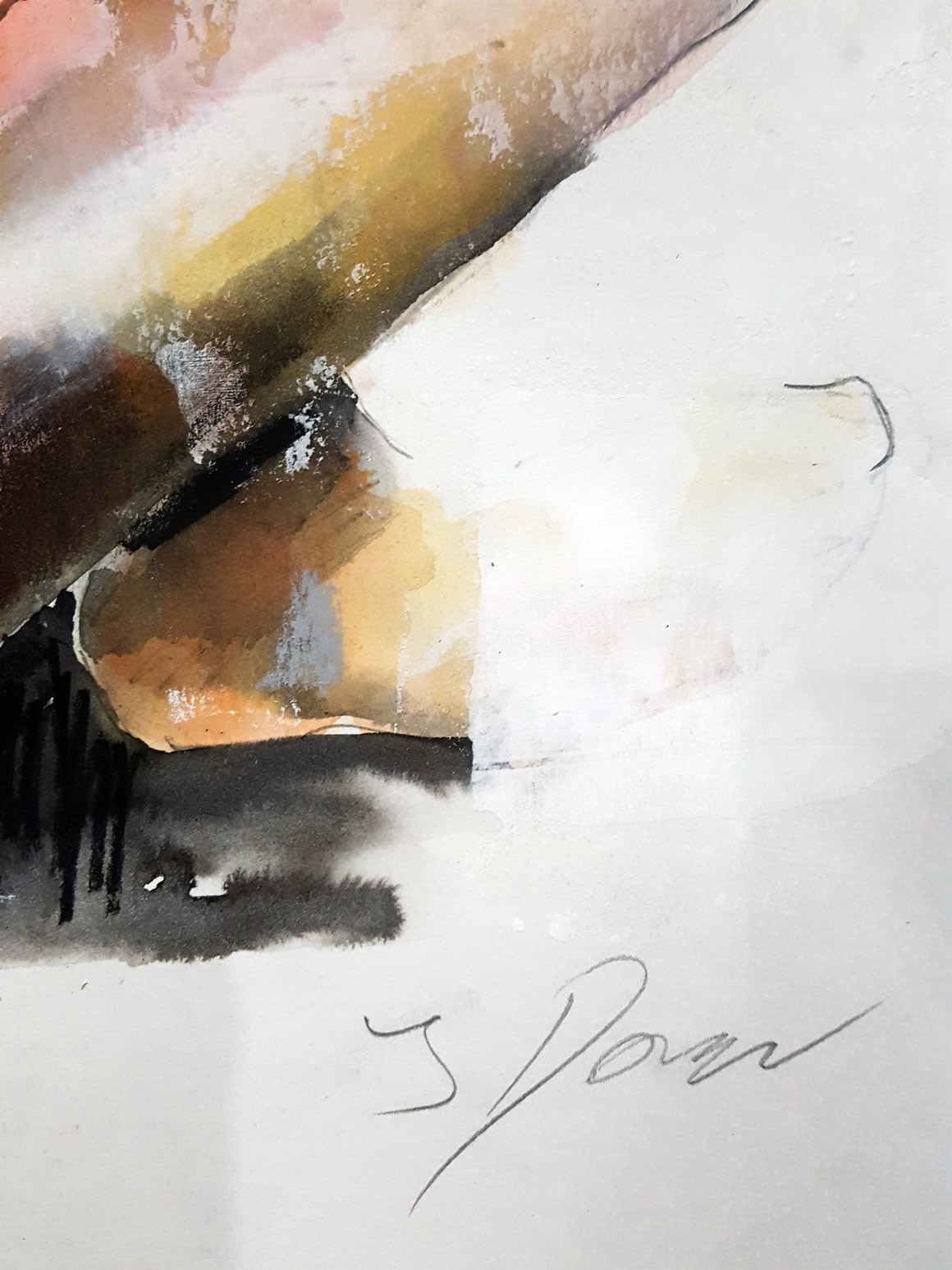 The ongoing series of figure drawings examines the genres of representation and expression and have been influenced by the work of Bacon, Schiele and the illustrator Ralph Steadman.
The use of fluid mediums such as inks, watercolours and acrylics allows for a certain element of chance within the drawing and are produced quickly using expressive marks and stains, giving them an ‘imperfect’ or vulnerable feel, which in turn gives the work an exciting vitality and energy. Although the drawing is representational and figurative it intends to suggest, rather than depict an accurate observation of the subject.

The drawing is titled and signed on the front and also comes with a certificate of authenticity.

The work will be shipped by DHL, rolled in a strong tube and should arrive within 2-3 days after dispatch. About the Artist Thomas is an English painter living and working in Asia. His visceral works are achieved through the application of thick impasto paint, dragging, smudging and staining the surface plus the occasional ‘happy accident’ or chance. He is an artist who is committed to a rigorous development and re-evaluation of his practice, which has led to him receiving many commissions and exhibitions regionally, nationally and internationally. He is also a dedicated art & design lecture and has held various academic positions in the UK and Asia. more »
One of a Kind 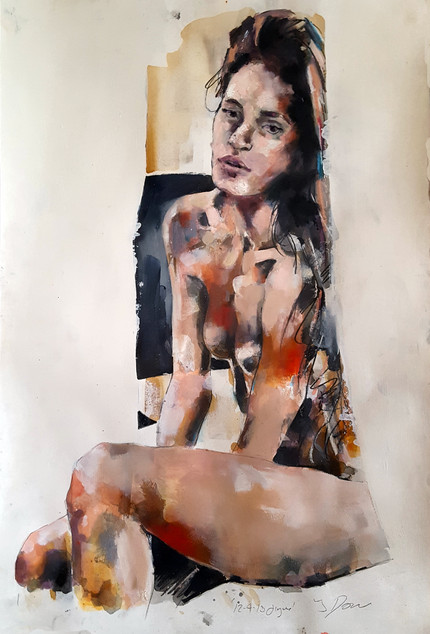 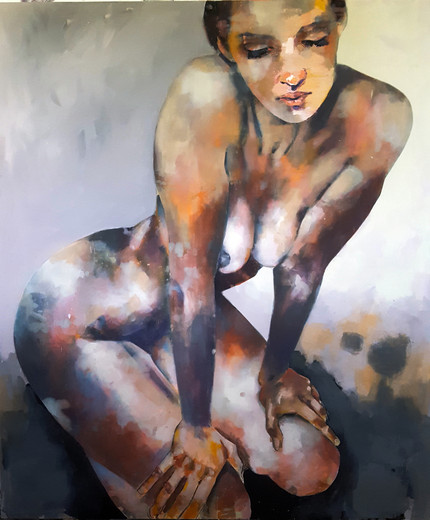 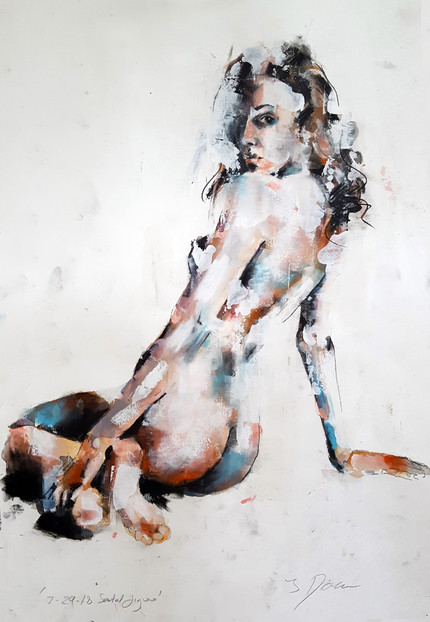 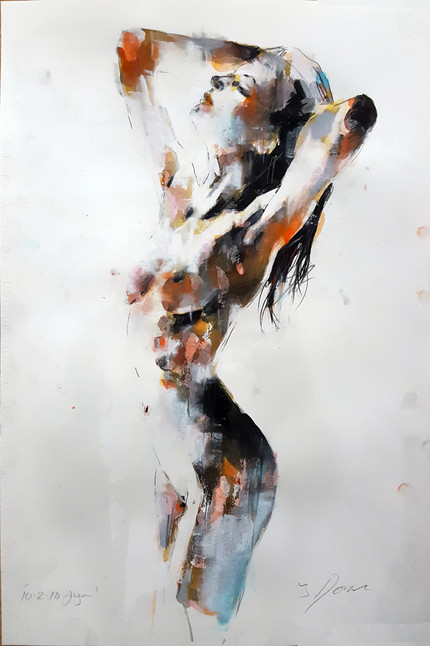 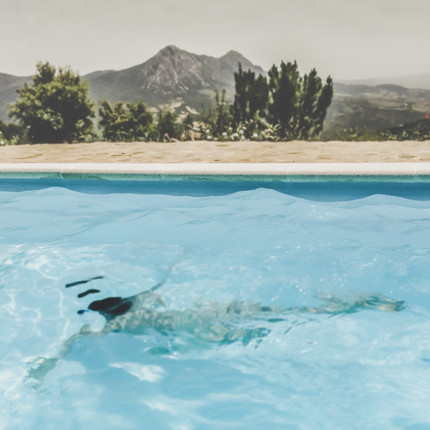 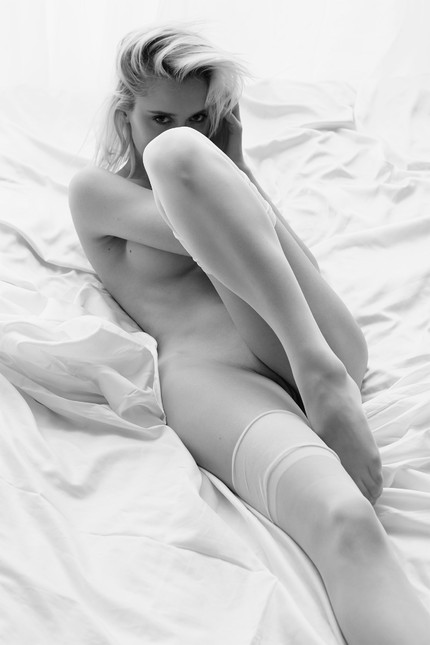 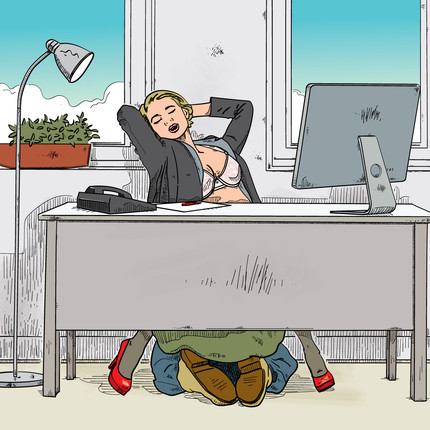 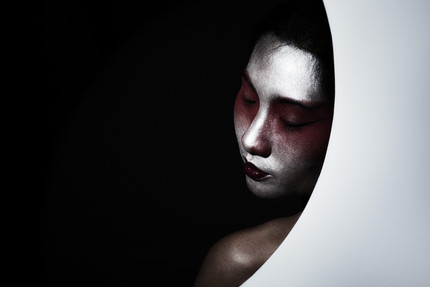